With Rita Cuccurru we talk about competing at the highest levels, music and rivers.

Resident in Maranello but very proud of her Sardinian origins, in 2014 she made her paratriathlon debut, winning 2 gold, 1 silver and 2 bronze medals in her first year of competition. She is also world duathlon champion and competes in paracycling events with Team Equa, with which she also took part in the Handbike Giro d’Italia. 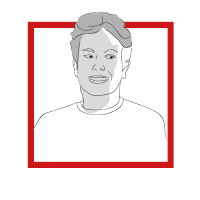