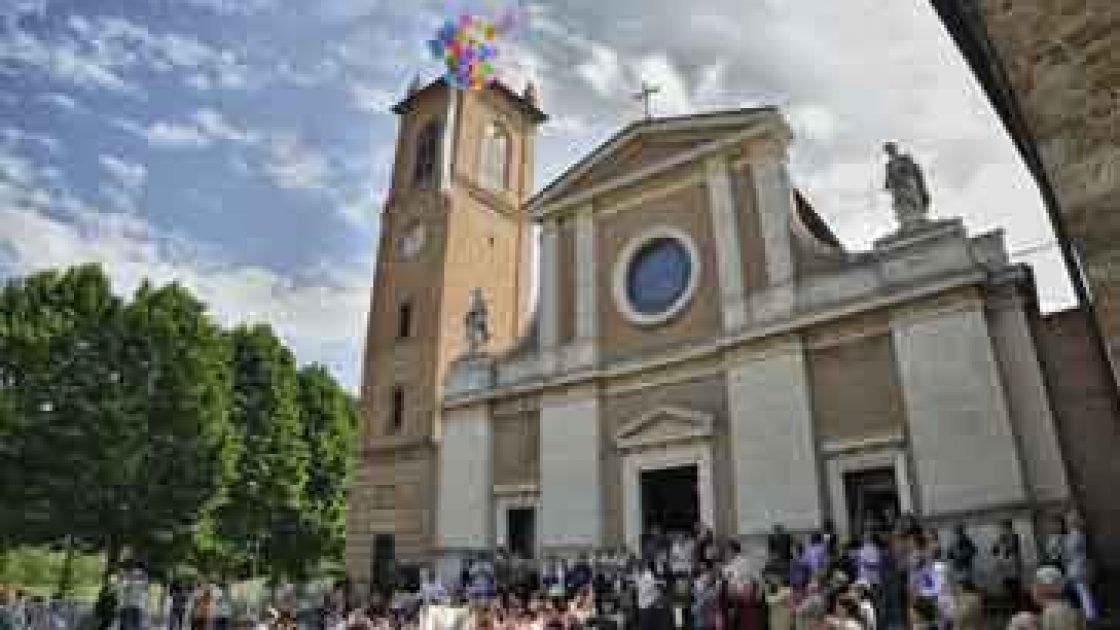 The parish church of SS. Pietro e Paolo Apostoli (the Holy Apostles Peter and Paul) at Torre Maina originated in the 10th century, when it was owned by the Benedictine Monastery of S. Pietro in Modena.

The Church’s original layout is presumed to date from around the year One Thousand. This Romanesque origin can be deduced from the use of stones dating from that period, reused during later renovation work, and a mention in a document of the year 996. Until the end of the 18th century, Torre Maina was known as “S. Pietro in Isola della Torre di Pietro Bono”. The church was originally built nearby Gaiano, but was apparently moved to its current site by Countess Matilda of Tuscany around the year 1100.

Demolished and rebuilt several times over the centuries, in its current form it is a late 19th-century building with three large naves and scagliola altars of the same period.

The village’s main religious festivals are the feast days of St Bernardine of Siena in May and of the Patron Saints of Torre Maina Church, St Peter and St Paul, on 29 June.