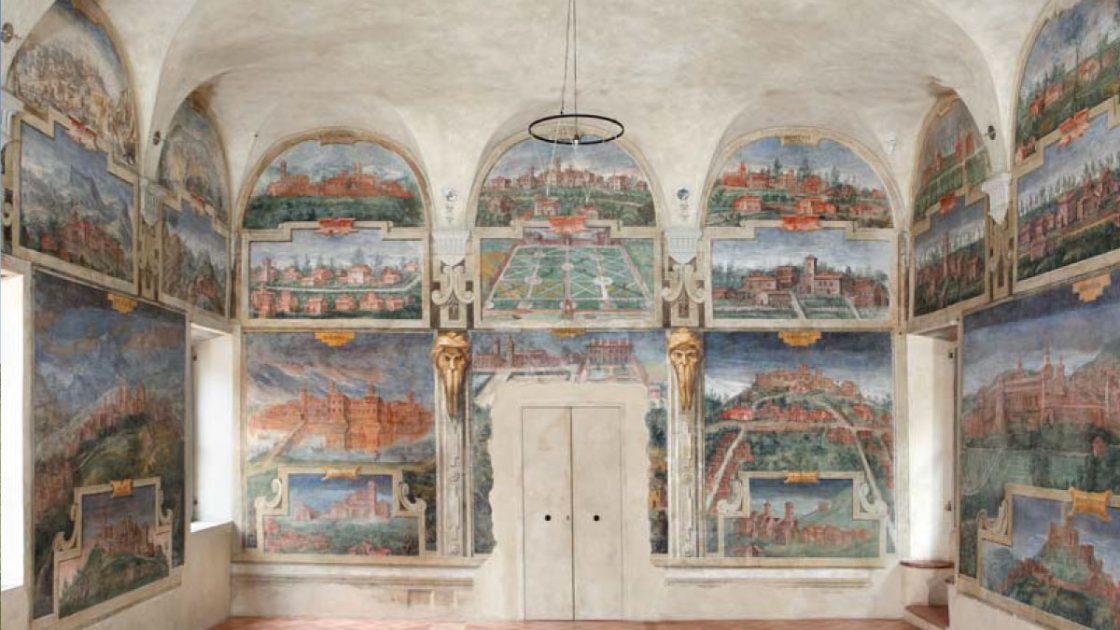 In the centre of Spezzano Castle is the particularly fine Sala delle Vedute (or Salla de Stati), frescoed around 1596 by Cesare Baglione.
In the late 16th century, Marco III Pio (1567-1599), the last, restless overlord of the independent state of Sassuolo, ordered the decoration of the largest room in Spezzano Castle, presumably between 1595 and 1596, with portrayals of the most important locations within his domain: a sequence of an amazing 56 views showing even the most insignificant corners of his lands, not only in the Sassuolo area but also in the Sabina region, received in 1595 as dowry of his wife, Clelia Farnese, whom he married at Palazzo Farnese at Caprarola (Viterbo) on 2 August 1587.