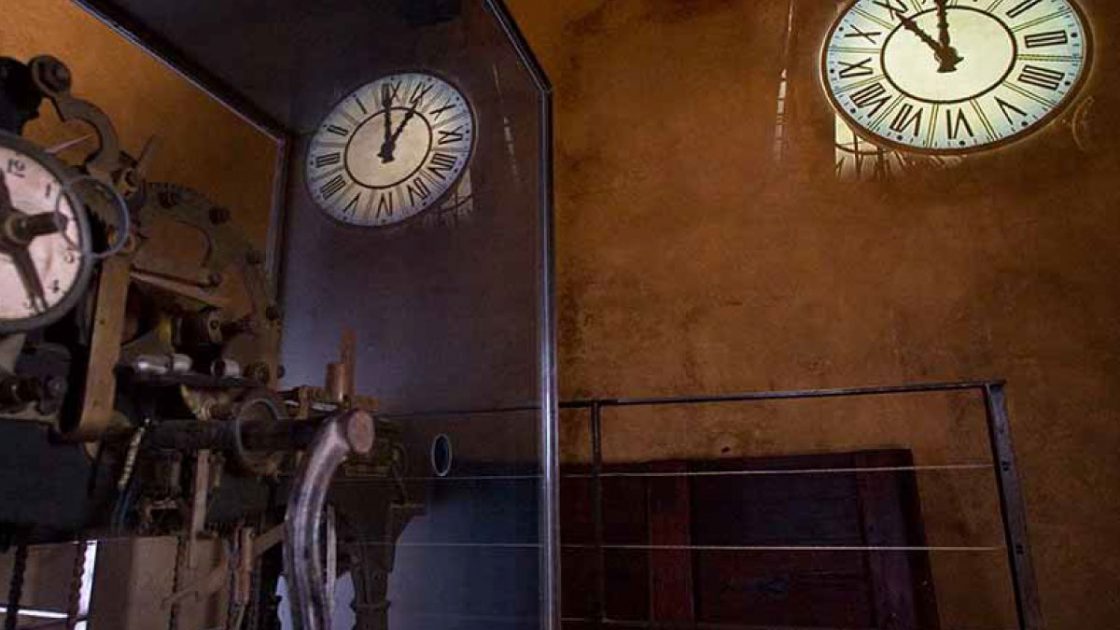 The Clock Tower, more than 30 metres high, is the keep of Formigine Castle, meaning it was the tallest, most strongly built tower,
the last refuge of its defenders. The current tower dates from the 15th century, when Formigine was ruled by the Pio family, one of the Po Plain’s most important aristocratic dynasties during the Medieval and Renaissance period. The tower houses a section of the Castle Museum.

The top floor of the tower contains the bell, connected from 1524 to the large clock with a painted face, subsequently replaced in 1936 with another mechanism with a glass face. This mechanism is still visible today, although it has been replaced by an electronic system.