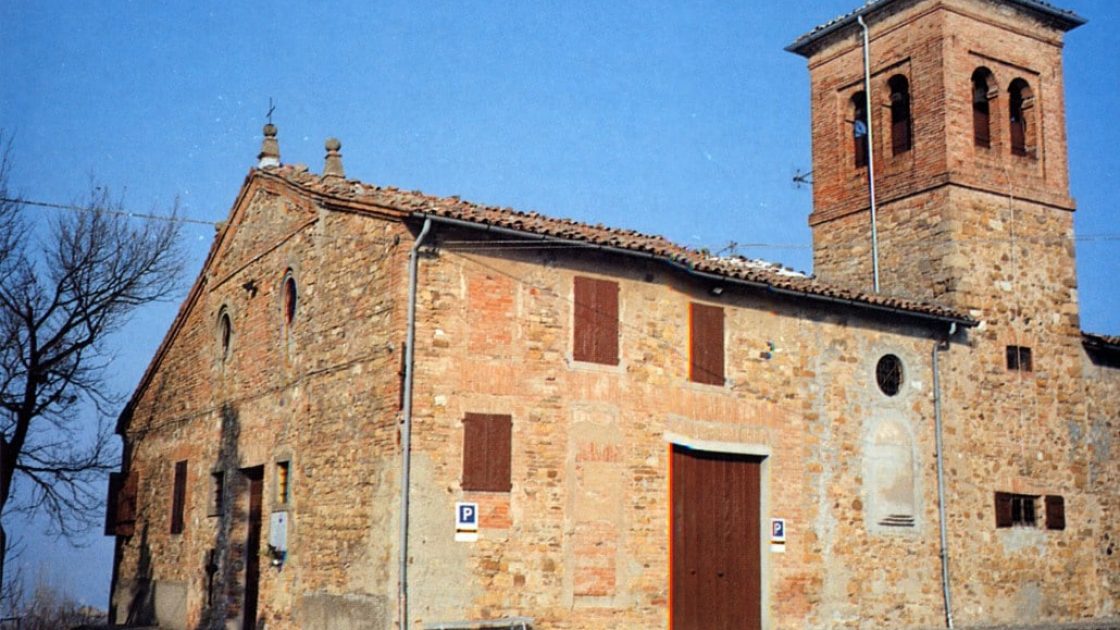 A diploma signed by Emperor Otto I in 963 refers to a church of San Salvatore at Fogliano, while a document in the Vatican Archive concerning the collection of tithes for the year 1299 mentions a chapel of Santo Stefano.
This chapel had the east-facing altar of ancient churches, and was complete with a cemetery and a bell gable.
It is later recorded as having a main altar, a second altar dedicated to St Vincent Ferrer and a third altar dedicated to St Anthony the Abbot, St Anthony of Padua and St Francis of Paola.
The chapel was demolished in 1897.
The current parish church of SS. Redentore must have been built in the immediate vicinity, or on the ruins, of the first church (S. Salvatore), around the end of the 16th century.
Only the central part, between the two small lateral columns on the roof above the facade, is thought to remain of this 16th-century building.
It underwent radical restoration in 1765.
With a single nave, it has 3 altars: a main altar with tabernacle and two side altars in chapels set into the walls.
One chapel is dedicated to the Madonna “Mater misericordiae”, with a painting dating from 1756 of the Conception of the Holy Virgin, while the other chapel is dedicated to the Virgin of the Rosary.
The painting in the apse of Christ the Saviour Blessing is by Mastro Federico and dates from 1739.

In January 2015 the Church of Santissimo Redentore and its appurtenances were awarded heritage status by the Ministry for Cultural Heritage and Activities and Tourism.