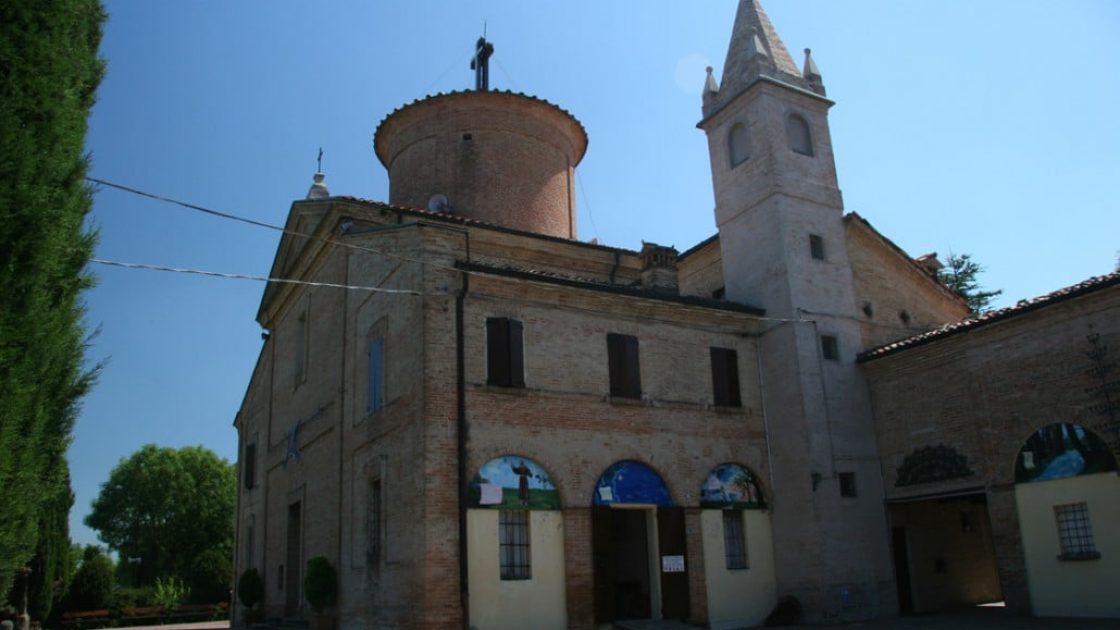 The Sanctuary at Puianello is in the hills a few kilometres from Maranello.
According to Modenese linguist Prof. Violi, the name Puianello, derived from Pollius, must refer to the “Tribus Pollia”, to which the Municipium Romano of Mutina (Modena) belonged, and therefore designates ownership. Another explanation, of folk origin, is that the name derives from “Puiana”, the local version of the Italian word for buzzard, “Pioana”, since these birds nest locally.
The reason why the Sanctuary was built at Puianello is unknown, and there are no tales of extraordinary or miraculous events linked to its origins. It was probably erected in thanks to the Madonna for protection from some form of threat. The dedication to the “Madonna della Salute”, or Our Lady of Health, seems to indicate that it was built after the terrible outbreak of plague in 1630-31.
The old Sanctuary or Chapel used to occupy the point where the Cross now stands.