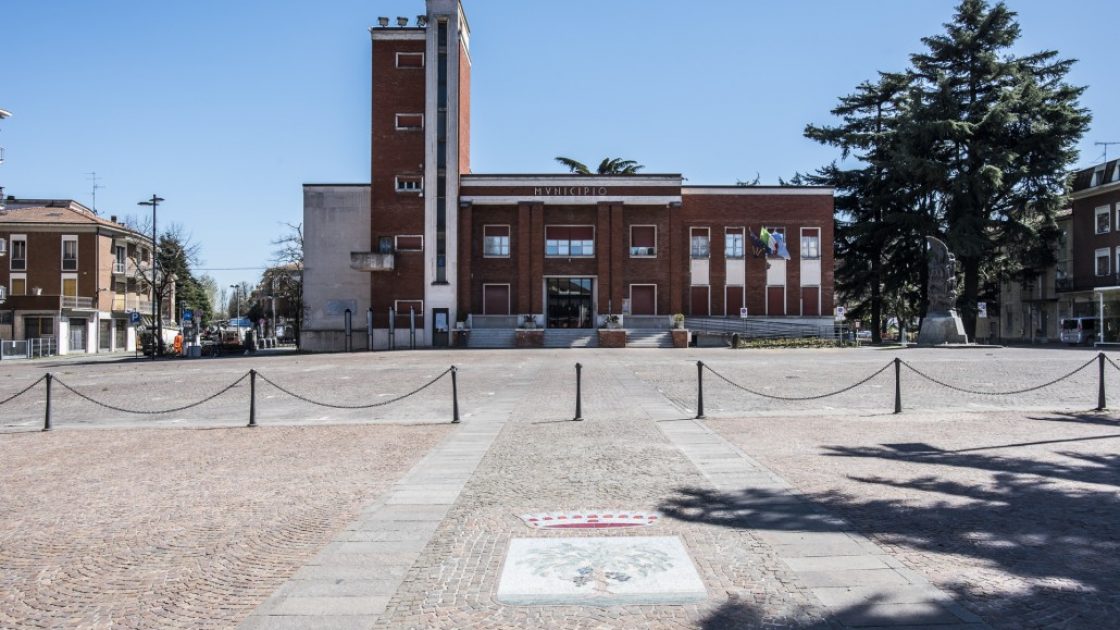 On 1 February 1931 the Town of Maranello was officially awarded its Town Crest.

The decree reads: “On a silver ground, a cropping pear tree in its natural colours, growing on a grassy plain, and a vine with black grapes clinging to the tree”. The tree represents the strength of the Town, the pears and grapes tell us that this was traditionally a farming community, and the tree with its roots in the green meadow evokes the fertility of the land. The crown indicates the Town’s Independence.

A mosaic of the Maranello Town Crest was installed in the central Piazza Libertà in March 2000. It is by Mario Montanari, who used 16,000 pieces of marble and semi-precious stones, almost one for every member of Maranello’s population, sourced from different parts of the world, reflecting the welcoming, hospitable spirit of the town and its people.