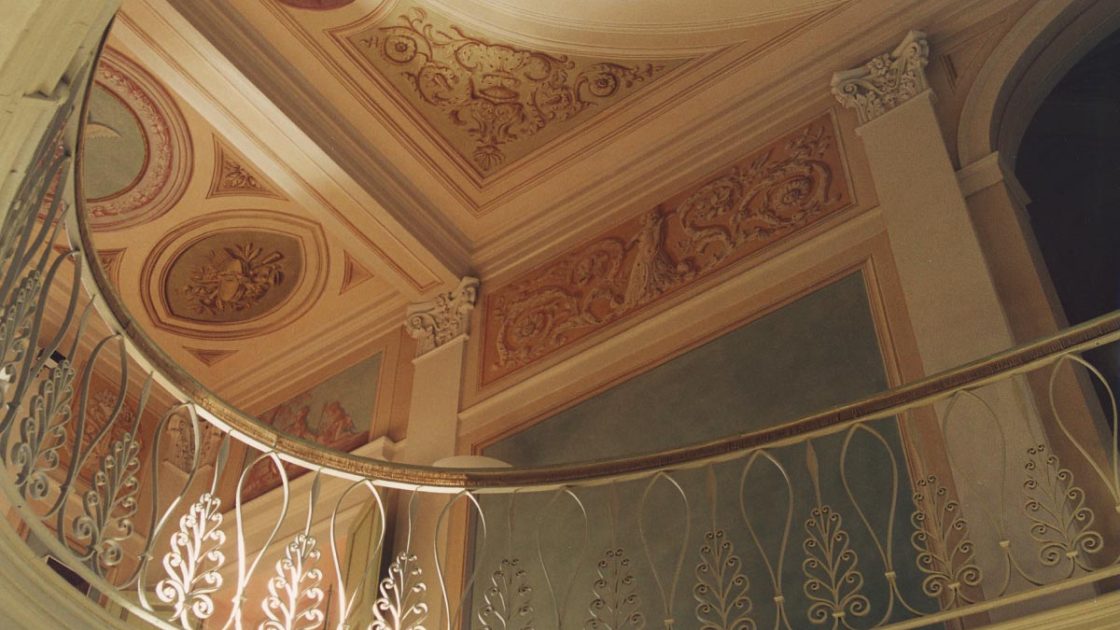 Villa Gandini, a fine neoclassical building, stands on via Sant’Antonio, not far from the old centre of Formigine and the Castle. As a plaque on the front of the Villa states, its grounds are now a park dedicated to the Resistance struggle against the Nazi invaders and their Fascist allies.

The Villa was mainly constructed by the Gandini family of local aristocrats with links to the court of the Dukes of Modena (the Este, one of Italy’s oldest ruling dynasties). The Counts Gandini acquired the Villa in 1791.

The building was designed by architect Francesco Vandelli and still contains paintings, bas-reliefs and decorations by illustrious architects and artists of the time.

Villa Gandini is one of the over 80 villas and historic homes in the Formigine area. Some of these buildings are very old, dating as far back as the 16th century. The villa is open to the public on Library opening days. Guided tours are available with advance booking.