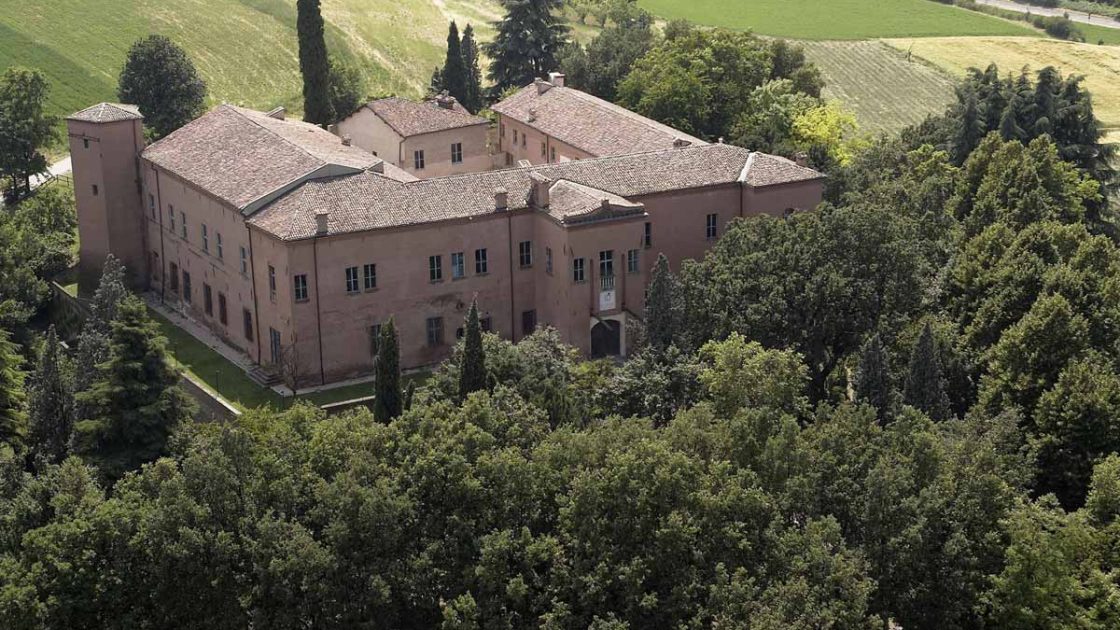 Spezzano Castle, documented from the 13th century, was substantially modified starting in 1529 by the Pio di Savoia family, who transformed it into an aristocratic dwelling with a Renaissance arcaded courtyard.

The castle houses the Fiorano Ceramics Museum, and the municipal balsamic vinegar barrels are kept in the tower.

The Sala delle Vedute (“Room of Views”), frescoed around 1596 by Cesare Baglione, court painter to the Farnese family, is particularly fine; the frescoes show the domains of Marco III Pio di Savoia and his wife Clelia Farnese; a cycle of 56 towns and villages representing the State of Sassuolo.

On the main floor, the frescoes in the Galleria delle battaglie (“Gallery of Battles”) illustrate the battles in which Marco Pio played a key role in the Hungarian War of the late 16th century.

The castle stands in fine, ancient grounds, with a picnic area. A path leads from the castle to the Salse di Nirano Nature Reserve.

For opening times and to plan visits see https://www.fioranoturismo.it/it/arte-e-storia/castello-di-spezzano/informazioni-castello