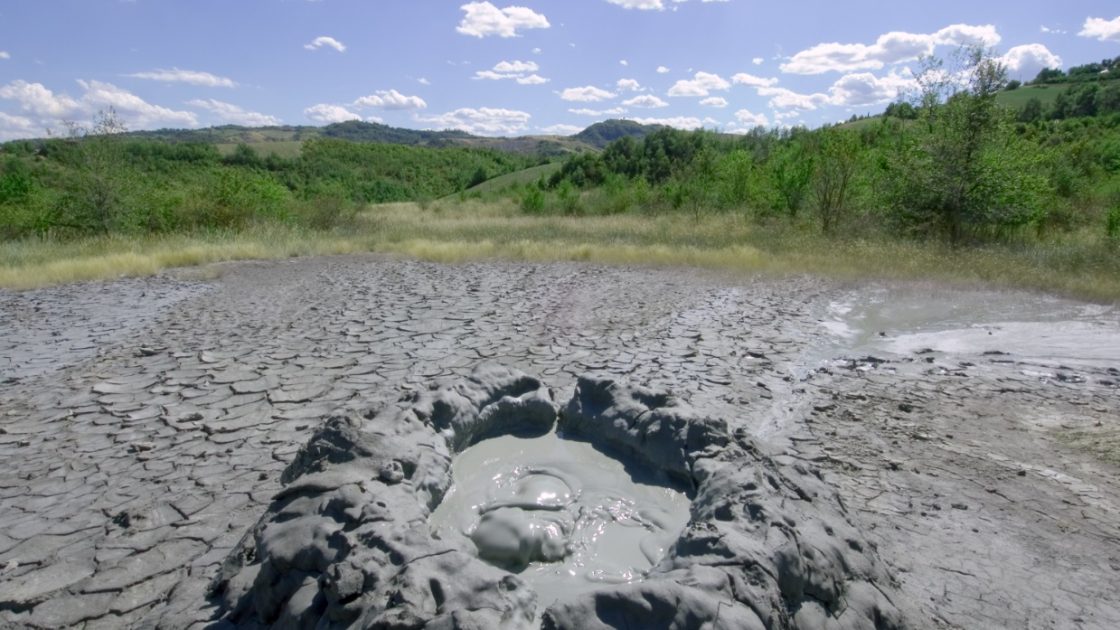 The Salse di Nirano reserve is the largest of its kind in Emilia-Romagna, one of the most important in Italy and among the most complex in Europe. It contains 30 distinct mud cones and pools over an area of about 7 hectares. The lunar and magical aspect of the Nature Reserve has always interested human beings since ancient times and there have been many oracular and esoteric manifestations of the Salse di Nirano, besides more scientific approaches of famous researchers and scholars such as Stoppani, considered the father of modern geology, Spallanzani, but also scientists of more local renown such as Carlo Malmusi, Domenico Vandelli and many others. Today the Salse (mud volcanoes) are still of great interest to universities, research institutes and centres of excellence, especially as regards the study of the deep-down dynamics that cause sea water mixed with gaseous hydrocarbons to rise up.

Perhaps not everyone knows, however, that in 1982 the Salse di Nirano were the first to be declared a Regional Nature Reserve, not so much due to the presence of the mud volcanoes as because of the proliferation in this area of an apparently insignificant plant, typical of coastal environments, the “Puccinellia fasciculata“(Borrer’s Saltmarsh Grass). This plant is of great ecological value and can be found distributed around the Salse depending on the sandy and saline gradients.

In 2004, the Salse area received further prestigious recognition from the European Commission, becoming a “Site of Community Importance” (SCI) because of the way biodiversity, habitats and animal and plant species are protected here.

This path of enhancement continues and today, with over 70,000 visitors a year, 8 hiking trails, 4 thematic trails and 2 reception centres, the Salse di Nirano Nature Reserve is a good example of tourist-environmental requalification in a densely populated and industrialised area.